﻿Why we’re supporting the #ThursdaysinBlack campaign 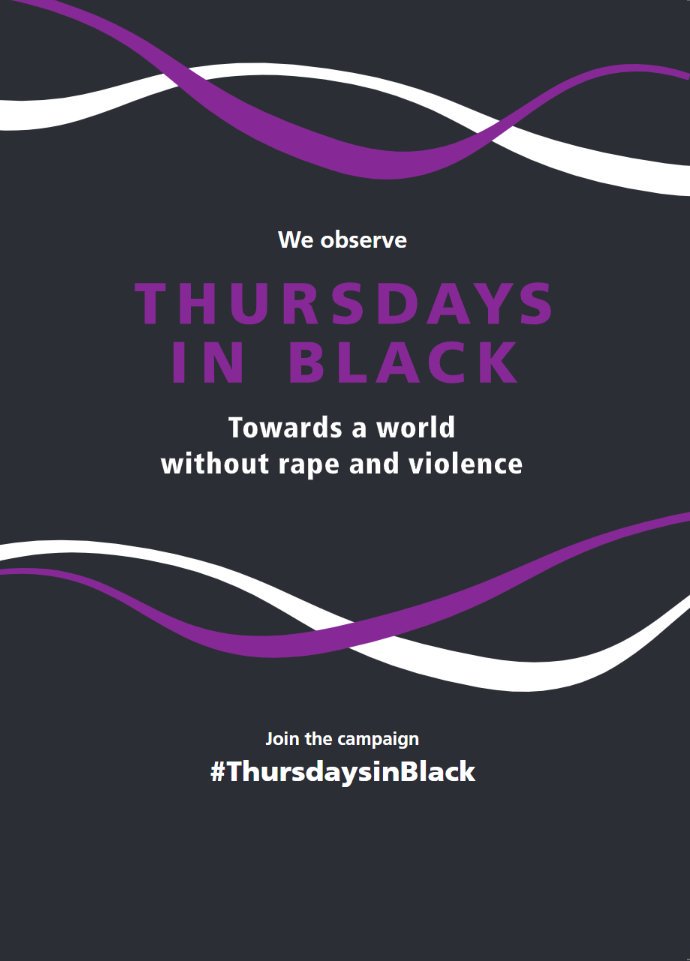 It is estimated that 1 in 3 women worldwide have experienced either physical and/or sexual intimate partner violence or sexual violence by a non-partner (not including sexual harassment) at some point in their lives.

This is not OK.

Today on the day before International Day of the Girl, GB International declares its support for the World Council of Churches’ global movement resisting attitudes and practices that permit rape and violence and to show our solidarity for women who are resilient in the face of injustice and violence.

Women and girls are experiencing higher levels of violence in many countries around the world including South Africa. Last month, South African President Mr Ramaphosa said the figures for violence against women and children were similar to those of a country at war. Some 2,700 women and 1,000 children were murdered by men last year, and at least 100 rapes were reported daily.

Natalie Lawrence, 27, is a leader in 1st Lavistown GB in Cape Town. Natalie shares what it is like to live in South Africa at the moment:

‘It’s terrifying to know that you’re safe nowhere, because you can be attacked in the comfort of your own home which is supposed to be your safe haven. Or you can be raped and murdered when you go to the Post Office to collect a parcel that you’ve been waiting very excitedly for (this actually did happen to a young woman). At the moment, I’m not safe in my car while I go to work, or when I go to buy bread at the shop. Being a leader in Girls’ Brigade, I am scared for my young girls. I’m afraid that I’ll get the phone call that this time it was one of them…’

For Natalie, it is so important that Girls’ Brigade member support the Thursdays in Black movement.

‘I feel the more support we can get from our GB sisters around the world, will help us in our fight to end violence against women. It will also be a motivation to us to keep going and to try to make a difference here to create a better and safer South Africa for ourselves and the future women and children.’

GB International believes that we need to create a world which has zero tolerance for violence against women. Please join us in supporting the Thursdays in Black movement. On Thursdays, wear black to work, university or wherever you go to stand in solidarity with girls and women across the world. If you’re on social media, please consider uploading a photo of yourself using the hashtag #ThursdaysinBlack.

Find out more about the Thursdays in Black movement here.