GBI turned up the volume of hope at the United Nations! 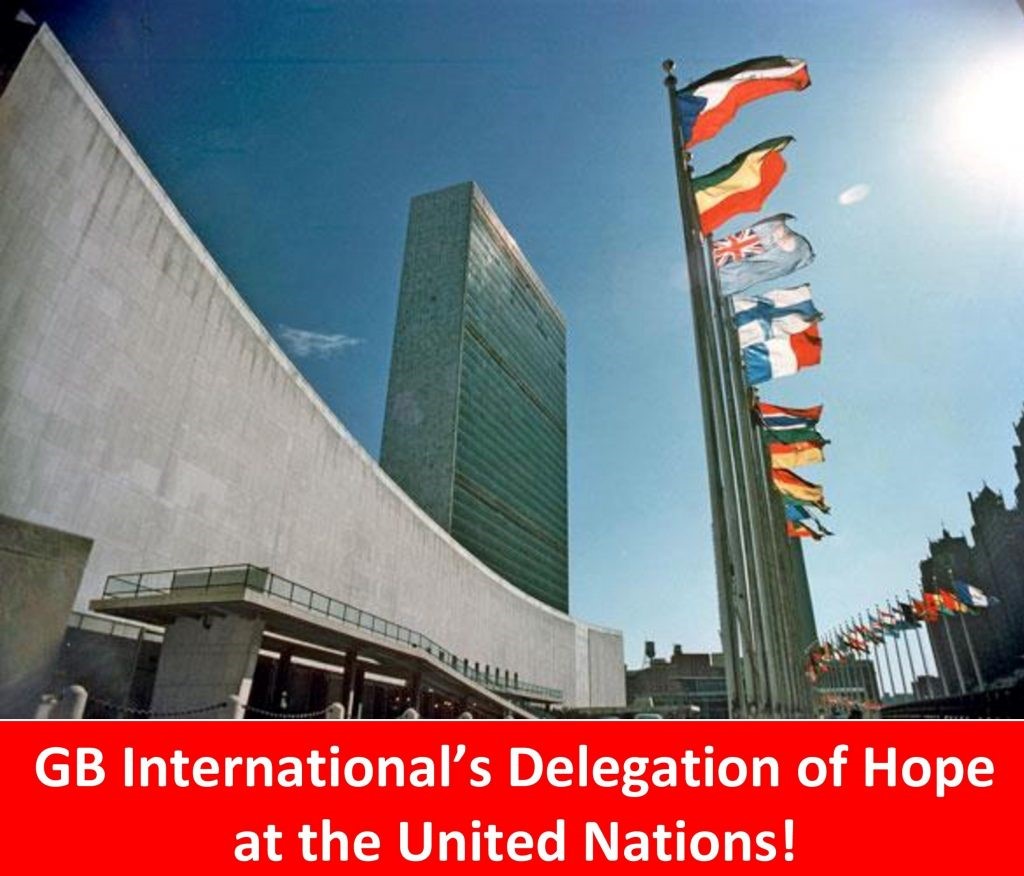 From 9 to 17 March, members from the International President’s Team attended the UN’s Commission on the Status of Women in New York City. During this week, the ‘Delegation of Hope’ attended different workshops and events, participated in negotiations on gender policy and networked with other NGOs passionate about turning up the volume of hope for girls.

What is the Commission on the Status of Women?

The Commission on the Status of Women (CSW) is the principal global policymaking body dedicated to gender equality and advancement of women with over 4000 activists and government officials attending. The Commission meets annually for a period of 10 working days each March in New York to evaluate progress on gender equality, identify challenges, set global standards and formulate concrete policies to promote gender equality and advancement of women worldwide. You can read more here.

Each year, the Commission on the Status of Women focuses on a theme and this year, we’re exploring how social protection and access to public services can help achieve equality and empowerment for all women and girls. So what kind of issues are being discussed? Elder care, maternal health and pension’s gaps. But also issues that directly impact GB girls like safe public transport and sanitation in schools.

Who was part of the GBI’s Delegation of Hope?

In 2019, the team has three key strategic goals:

1. Inspire – The Delegation of Hope will inspire others about GB’s 126 years of ministry amongst girls across 50 countries as well as the positive impact of Christian faith-based movements for girls.

2. Connect – The Delegation of Hope will connect with other people and organisations to build foundations for relationships and increase the potential for collaboration.

3. Understand – The Delegation of Hope will form a better understanding of how GB and its members could use the CSW and other UN initiatives to maximise its influencing potential to turn up the volume of hope for girls.

So what did a typical day at CSW63 look like? In essence, there was no typical day as the Delegation of Hope members attended different events. But here is a flavour.

7am: Brekkie and devotions

8am: Daily morning service at the Church Center

10.00am: Betty, Quindell and Claire head to private discussion meeting with Christian NGOs near Wall Street and Priscilla meets with the official delegation from Zimbabwe.

Noon: Invited to a networking lunch

4.30pm: Continue to attend different workshops and network, Claire attends a UN side event in the Canadian mission to the UN on religious freedom

Between sessions the team did try and find a space to breathe – self-care is so important.

What were some of the highlights?

See here for some photo highlights from CSW.

Girls’ Brigade International President Mrs Priscilla Penny from Zimbabwe shares: ‘Thank you to the GB global family for praying for us. It was great to see GB sitting at the table. We have met and networked with so many women of faith. We have participated in exciting presentations on female empowerment, leadership training for girls and persecution and abuse of women because of their faith. We joined in discussions on how we can work together with other Christian faith organisations. We have sat in the CSW63 Sessions and petitioned governments to commit to the protection of women and girls. We are thankful that GB has an opportunity to add its voice to this influential global place of power!’

The International President’s Committee will be evaluating GBI’s future involvement at CSW this summer and discussing how to empower our members to get involved in CSW negotiations in their own countries.

How can you get involved?

There are a number of ways that you can get involved in raising hope for girls.