Mrs Olive Miller OBE, JP: Celebrating the life of a good and faithful servant of God 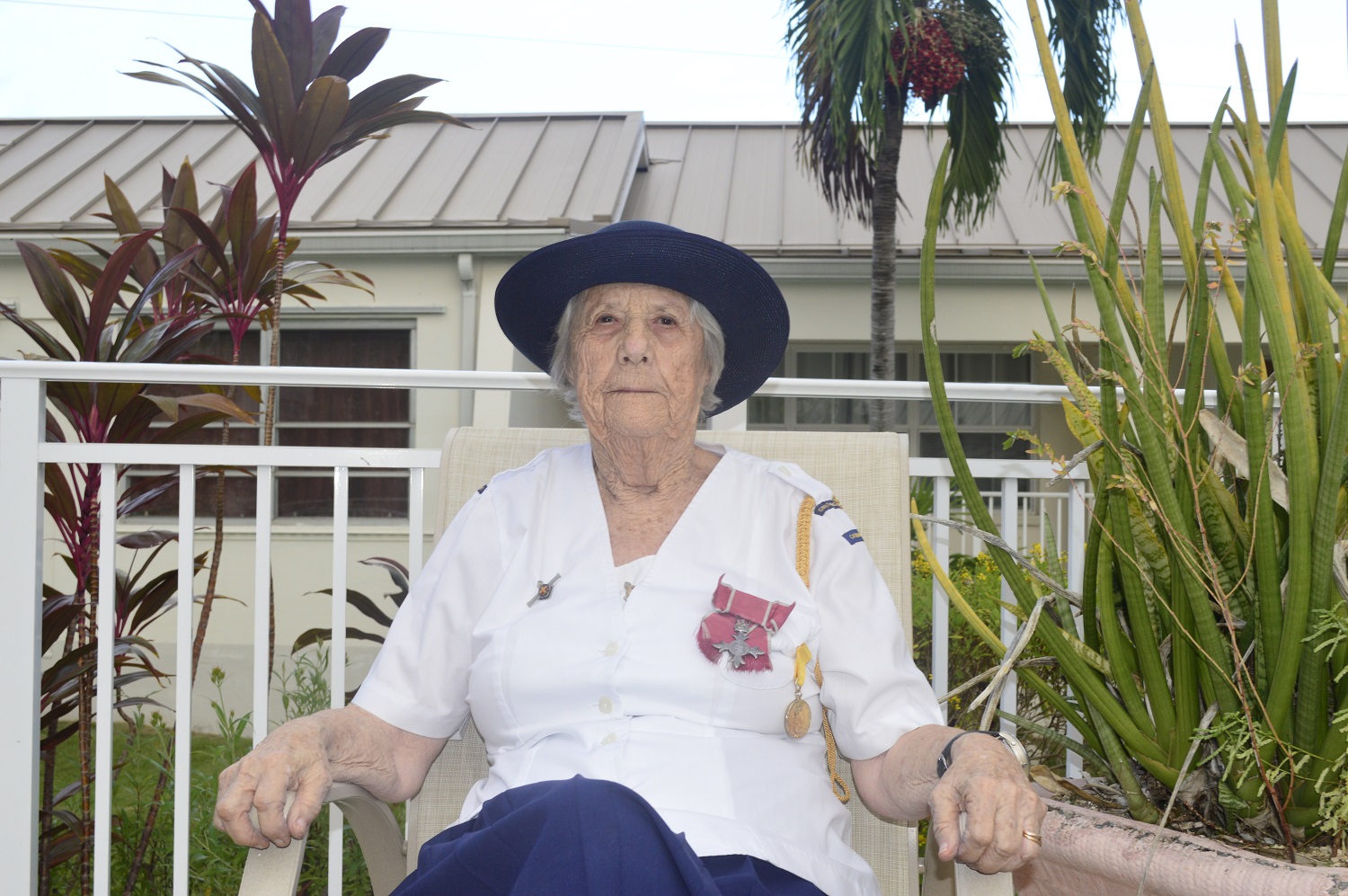 We are sad to announce that Mrs Olive Miller, a GB International Vice-Patron, has passed away at the age of 98 on 19 May 2020. We thank God for Olive’s life, her vision and leadership and how God has used her to transform many lives.

Miss Olive (as she was affectionately known by many) was a pioneer and throughout her life she continued to promote Girls’ Brigade and Christian values, making a significant contribution to both the life of Girls’ Brigade and the Cayman Islands.

She was loved by many in the Cayman Islands and beyond. As the Lord welcomed his good and faithful servant home, many GB leaders gathered to pray outside Olive’s house.

Originally from Essex, Olive travelled to the Caribbean as a missionary youth worker for the Church of Scotland in 1946 and quickly established the Girls’ Guildry in Jamaica and the Cayman Islands. Olive was integral to the foundation of GB in the Cayman Islands and the growth of its mission.

Mrs Iva Good was one of the first girls to join the George Town Company at the age of 11. Later through Olive’s support, Iva would follow in Olive’s footsteps and become an International Vice-President and eventually International President.

Olive was an incredible mentor who ensured that she used her leadership skills to invest in the next generation of leaders. Through her efforts, Olive has raised several generations of godly women who are still in the ministry and serving the Lord; an incredible legacy.

Olive’s influence extended to the international sphere. Originally a part of the Council for Jamaica, the Cayman Islands sent delegates to the first Brigade International Council in London in 1968 as part of the Jamaican delegation.

In 1973 in New Zealand, the Cayman Islands were accepted as full members of the Brigade International Council (BIC) and were able to have their own delegation participate in the proceedings. Passionate about empowering younger leaders, Olive insisted that the delegation included younger leaders so they could be equipped to take national roles and gain knowledge about GB around the world.

Five years later, under the leadership of Olive, the Cayman Islands Girls’ Brigade hosted the International Council in Grand Cayman which 30 countries attended.

A life lived well for God

Throughout her life she remained committed to the work of GB continuing to participate in the life of GB in the Cayman Islands. Her strong faith and leadership positively impacted the lives of thousands of girls and young women and wider with the Cayman community.

Former International President Mrs Iva Good who was mentored by Olive shares: ‘Miss Olive was always there for me as my mentor and support. As I travelled across the world for Girls’ Brigade, the one question that I was always asked was: How is Miss Miller? She was much loved and respected.’

‘Olive attended and contributed to all of our Council meetings; she gave us direction and guidance and her voice of wisdom and knowledge will be sorely missed.  Her strength of character, her commitment to and faithfulness to God, her charm and wit were among the many wonderful characteristics that so made Miss Olive a gem.’

‘Olive was one of the spiritual mothers of The Girls’ Brigade. As a pioneer, mentor and global influencer, God used her wisdom, leadership and faith to transform the lives of girls in the Cayman Islands and beyond. Today, GB leaders around the world walk in Olive footsteps and tread the paths that she pioneered as a Christian leader who lived her life well for God’s glory.’

Mrs Miller’s funeral and celebration of her life will take place on Saturday, 6 June at 3pm EST and will be broadcast online due to the current coronavirus restrictions in place in the Cayman Islands – https://www.youtube.com/user/CIGovtInfoServices