Rise in strength – Who Was Miriam? 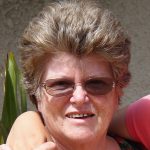 Renelle, from New South Wales, Australia, was appointed as IVP for Pacific in April 2016.  She is married to John who is now retired, has four grown up children and four grandchildren with whom she loves to share time. Her family in their turn are her biggest supporters and encouragers!

Miriam was the oldest sister of Moses.  She was 7 when she placed her baby brother in the basket in the Nile River.  Miriam had many encouraging times in her life, she convinced the Pharaoh’s daughter to let her take the baby back to his mother until he was old enough to return to the princess.  Miriam showed faithfulness and loyalty, which would only be seen in a woman in her 20 or 30, but she was only 7.  Her courage in such times when baby boys were being killed, gives us only a glimpse into the woman she became.

The rest is history, this remarkable story of the older sister of Moses.  She was not just a sister to Moses but later in her life she was a Prophetess of God.  Little could she have imaged that some 80 years later she would joyously proclaim the freedom for her people, from years of bondage in Egypt, praising God for His deliverance.

Her Godly characteristics were in evidence at the crossing of the Red Sea.  Miriam took up her Timbrel and led the women of Israel in song, encouraging them to praise God for delivering them from bondage and keeping them safe.

In her position of prophetess, she was viewed as a near equal to Aaron, although her exact position isn’t known, she was clearly highly regarded by Moses, Aaron, and the Israelites.  There is no indication that Miriam ever lost her loyalty and faithfulness to God or Moses or her people.

One of Miriam’s actions was the specifically the criticism of Moses marriage to a woman whom she disapproved. This became a serious issue for God.

Miriam and Aaron spoke against Mosses because of this marriage.  Moses was a very humble man, but he had God on his side.  There were some other issues that also arisen, and God was not happy with what Miriam was saying.  So, God appeared to Miriam, Aaron and Moses as a pillar of cloud.  God was angry with Miriam, so He banished her to outside of the camp.  He sent her away and casted her out and made her a lepper.

God’s anger was swift.  Miriam was recognised as cursed and rebellious to God, she was exiled from the Israelites wildness camp, a fate worse than death for some. The people of Israel prayed to God for deliverance for Miriam.  He had delivered them from bondage, in Egypt, brought them across the Red Sea, and had performed miracles   Aaron cries out for Moses to help their sister, begging him to ask God for forgiveness and healing for her.  God saw the error of their ways.

God listen to their cries and healed Miriam, but he would not let this rebellion go unpunished, there was a penalty to be paid, so that others would not follow in her footsteps.  Miriam was to stay outside the camp for 7 days and after that she would be received again in the camp.  God wanted to let the people know he was in-charge.  God was as quick to forgive as He was to anger.

As I read through Miriam story, I found that on many occasions she arose in strength.  Placing her brother in the fast-flowing Nile as a baby, supporting her brother escaping from Egypt, walking through the Red Sea on the dry riverbed, encouraging the other women on their journey through the desert, and facing the banishment outside the camp as a leper. The strong faith flows through in her story and the way she rose in strength over these obstacles with the help of God.

There are times when we need to just put our lives in God’s hands, and we too will Rise In Strength.